How To Drop Body Fat and Preserve Muscle Mass

It does not happen often, but every once in a while, it can be highly beneficial to both your physique and health to lose body fat while preserving muscle mass.

There are several different reasons why somebody would want to do this. The most common cause is that they either have too much body fat or are looking for more toned muscles with only a limited amount of body fat. There are also some excellent health benefits of losing body fat without losing muscle mass.

Many people assume that the body defends the current muscle when someone tries to lose weight by eating fewer calories. However, it is not true when you read research about how lean athletic individuals maintain impressive amounts of muscle mass when cutting down on food intake.

So, the body does not always try to defend the current amount of muscle mass by decreasing your metabolic rate. You can lose fat and retain muscle mass without changing your diet very much.

However, there are also some downsides to consider:

Losing body fat while preserving muscle mass is extremely difficult and requires a variety of strategies and tactics. If you neglect or ignore some essential elements in this process, it can be almost impossible. So if you want to know how to lose body fat and preserve muscle mass, you need to read my article from the start till the end. When somebody wants to lose weight – just about everybody’s #1 goal is that they don’t have to do it very fast. And when somebody has to lose weight quickly for health reasons, they will probably want to do it as slowly as possible. However, the truth is that you can get rid of body fat faster by losing a lot of weight each week. Losing more fat per week also gives you a more significant weekly deficit and makes sticking with your diet plan.

Why is this? Well, there are several different reasons:

The leaner someone becomes, the harder it becomes to give up their favorite sugary treats or junk food snacks. So if somebody wants to lose fat, they need enough time and motivation every day to stick with their diet plan – but not so much time that they get tempted by the wrong foods and snacks instead. If someone starts their diet at a higher body fat percentage, they will probably have more fat to lose than somebody already lean. And the faster you lose weight, the easier it gets because your energy requirements decrease as your weight goes down. The rate of muscle loss also tends to be more prominent when losing weight quickly. So if you want to keep as much muscle as possible, many researchers recommend that people try not to go on very low-calorie diets for more than three weeks straight. However, some people start with too much muscle mass or a lot of extra fat compared to how much muscle they want in the end. In that case, cutting down on calories for a more extended period is the best plan.

Here’s how to lose body fat and preserve muscle mass

The first goal of any fat loss program is to lose body fat and avoid losing muscle mass. The more you can limit the amount of lean tissue that your body breaks down as it uses stored energy, the faster you will see results. Building muscle is a slow process (especially as we age) and requires excess calories, leading to stored fat if those calories are not burned over time. It makes sense to create a caloric deficit slowly, giving your body some time to adjust before it runs up against its limits.

To accomplish this objective, rather than falling into common dietary pitfalls, try using these tried-and-true techniques:

• Keep protein high – one recent study shows that diets with 40% or more protein have a greater chance of maintaining lean tissue
• Get enough sleep – lowers levels of growth hormone are linked to lower levels of insulin-like growth factors, which can trigger muscle breakdown
• Don’t wing it too much – experiment with your macronutrients, but err on the side of caution
• Take full advantage of training sessions – lift weights at each session and don’t neglect cardio

Here are some specific strategies that you can try:

Micro-load carbs before bedtime. Caloric intake at night has been shown to influence fat oxidation during rest. Some studies suggest that eating carbs at night may increase overnight hormones like leptin (which encourages energy use) while hunger pangs. However, other studies indicate that it is a combination of high glycemic carbs and low protein intake that may increase fat burning. So, if you can maintain muscle mass while losing body fat by eating a moderate amount of carbs before bedtime, go for it! That’s where I get my best results.

Incorporate post-workout carbohydrates cautiously. Ingesting carbohydrates after training sessions has been shown to increase the number of amino acids within muscles following weight training – this means more nitrogen retention and thus the more significant potential for muscle growth over time. However, overdoing carbohydrate intake after a workout will activate enzymes that break down glycogen into glucose – resulting in an energy overload and inhibits the loss of excess energy stores (fat) instead of muscle mass. So, it’s all about finding the right balance – make sure you are consuming enough protein post-workout (at least one gram per pound of body weight) to encourage muscle growth, but don’t load up on carbs either. As a general rule of thumb, if your carbohydrate intake is less than 1g/lb. Lean body mass. This strategy probably won’t help much with fat loss. However, if you can maintain or even gain muscle mass while seeing fat disappear from your physique, carb pulsing may be just what you are looking for!

Try carb cycling. There are two types of carb cycling options – reverse-pyramid training and high/low/no days. The former has been shown to promote rapid lean mass gain and fat loss, while the latter has been shown to limit bloating and increase nutrient partitioning. With both options, you should consume fewer carbs on negatively periodized days (e.g., low carb) and more on positively periodized days (e.g., high carb). I recommend a method similar to that detailed in Martin Berkhan’s “Lean Gains protocol” as it allows for flexibility within each day and increased carbohydrate intake post-workout (which is critical if your goal is to build muscle mass).

Don’t binge. Depriving yourself of calories for extended periods may increase feelings of stress and anxiety which can trigger binging and other dangerous eating behaviors. Eating mindfully and in moderation throughout the week is best for long-term success. Plus, I’ve found that this encourages more significant caloric deficits and, therefore, faster fat loss! 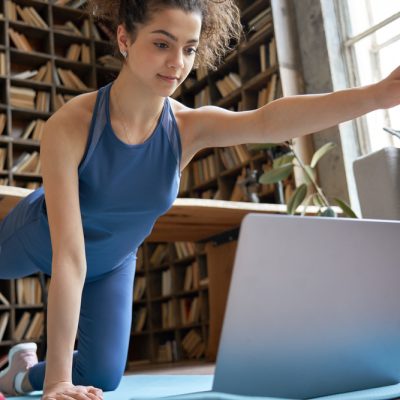 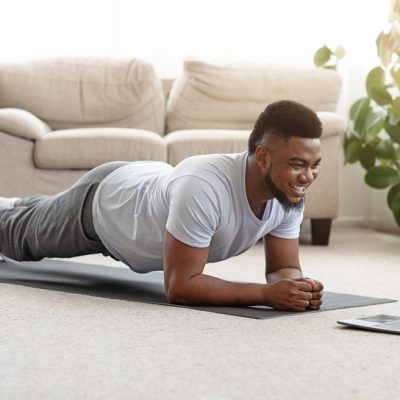 Reasons Why Exercise is Good for Your Health

Free and Fun Ways to Improve Your Fitness Outside the Gym